Tying tips
When dubbing the body try and get the dubbing really tight and slim so when its picked out with Velcro it creats a halo effect in the water (pick out the lite brite at the same time), when tying in golden pheasant tail fibres tie them in by the tips not the butts. soak them in watershed floatant and let them dry before fishing . these can be tied in whatever colour you fancy I’ve found them to be great in a full red body with a greenwell hackle and full black body with a badger hen hackle .

These flies are fished dry on the surface but if they start to sink I gently give them a rub on my Velcro pockets on my waistcoat to pick out more seals fur , fish also take these tweaked back just under the surface. Tight lines.

My Kind of Fly –Dan Atkinson

Well, thanks to Frank for the nomination, the way the weather has been in the last few weeks, one would think an ice bucket has been emptied on us all!

As many members know, my passion is river fishing for Trout and Grayling and my own fly selection has evolved to contain a selection of patterns which represent the various hatches/falls of fly throughout the season. As we are now in spring and what I personally think is the pinnacle of the season, I have included here a selection of flies which I rely on for the majority of my fishing through the spring months.

March and early April see hatches of Large Dark Olives and more recently on my club waters, March Browns. Then by the end of the month, the Grannom appear in huge numbers (not easy to contend with!) along with Olive uprights and Iron Blues; it’s not uncommon to have all three Mayfly species hatching at the same time! Then depending on the average air temperatures we will see the Black Gnats which can provide some sublime dry fly fishing also.

The potential results in spring… 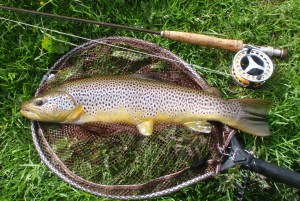 And the next nominee for My kind of Fly is…..Paul Little

My Kind of Fly – Frank Bainbridge

As a rule of thumb—early season trout will be located close in to the shore line …big trout can be found in 6 inches  of water ( OK 150 mm for the metricated)  so both the boat angler and the shoreline angler would be sensible to fish close in. No need for 30 yard (metre) casts over deep water. 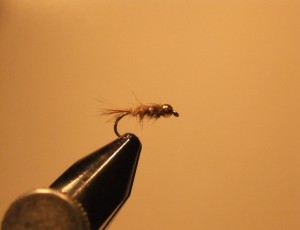 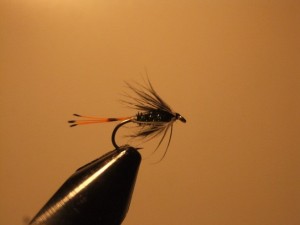 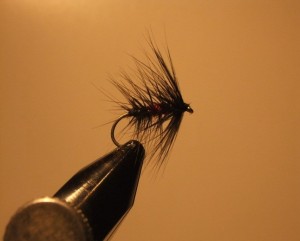 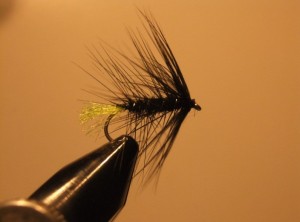 And the next nominee for my kind of Fly is ..Dan Atkinson

My Kind of Fly – John McGorrigan

This is going to be like the “Ice bucket challenge without the water” for the members of Lakeland Fly-dressers.  Hopefully a bit of Fun. If nominated please contribute. 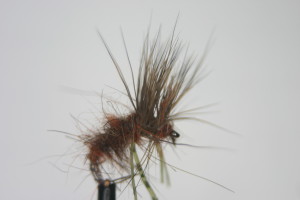 For the next round I nominate ……………Frank Bainbridge – good luck Frank – three weeks to go!!